2021, if at all, will be remembered for the multiple tech jargons that it threw up our way. From Meta to Crypto to Semiconductor chip shortage and finally Web 3.0, we have been exposed to a whole new world of technology that was rarely imagined before.

The common man on the street is technologically smarter thanks to the scrolling device on his palm. Tech has multiple implications on him, as he learnt, from what continues to be a financially draining pandemic. Well, now coming to the topic of the day, Web 3.0. Brace your seat belts, for this is going to be a short story time.

When a vast majority of today’s techies was in their growing up years, we were used to seeing static websites of companies, merely stating the facts, stats and much more on HTML on the browser. That changed into dynamic data storing and interactivity-based in the early 2000’s. That led to transmission of a lot of personal data on the web with new-age e-commerce start-ups like Amazon and Flipkart entering the internet age. And when the personal data got leaked, it obviously led to a lot of ruckus on privacy issues and data theft, more commonly known as cyber security issues.

It is from cyber security that blockchain concepts developed and as one thing led to another we suddenly stare at a Block-chain technology-based Web interactivity, which these days is Web 3.0. To the new ones, blockchain in simple terms means you owning your data and sharing it on mediums you control / create.

Now, an exit from the story mode and into hard-core technology facts. Web3 will be based on Ethereum (sub-domain of Blockchain and an open-source smart contract functionality) and NFT (Non-Fungible Token) which is used to store data on Blockchain and these will be owned and under the control of the user himself.

There are pros and cons to this new tech, which is being fervently debated on Twitter since the start of this month. To summarize however, the positives are increased privacy, security, scalability and extremely hard for data monopoly. The negatives are more on the legal and government based. They are extremely tough to regulate with laws.  Though the far spread use of Blockchain still remains a distant dream as on date, still it has got so many Venture Capital Firms around the world excited. They have a valid reason to do so, since the Meta and VR has taken the world by storm.

People are rushing to create things which wont even exist in real world until you put on those huge white head gears called as VR Headsets. Coming back, however, the picture still is hazy. A lot depends on how various governments accept and create laws on crypto and Block chains until which the Web 3.0 debate can enjoyed from afar.

Hi there! We are Twin Reality, an Indian start-up trying to pioneer the VR and AR revolution in the country. We also regularly blog about the latest trends and technologies in this domain. If you like to read or articles and blogs and business case studies, make sure to reach us and follow us over our social media handles. 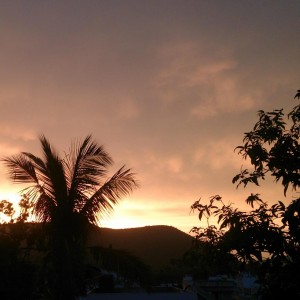